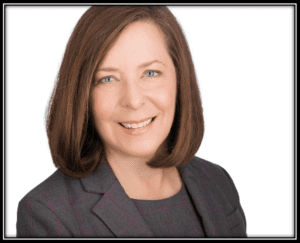 Attorney and Counsellor at Law

Mrs. Reed’s practice is currently concentrated in all aspects of family law.  She provides legal services related to separation and divorce, custody, visitation, spousal and child support, marital agreements and prenuptial agreements, adoptions, protective orders and grandparents’ rights.  She regularly appears in the Circuit and Juvenile and Domestic Relations District Courts in the 26th Circuit, including Page County, Harrisonburg/ Rockingham, Shenandoah and Warren Counties as well as Winchester/Frederick and Clarke Counties.  Mrs. Reed also serves as a Guardian ad Litem for children in the 26th Judicial Circuit.

Mrs. Reed was born in Chicago, Illinois.  She attended the College of William and Mary where she earned her A.B. degree, with honors, in History and Government.   She subsequently attended the Marshall-Wythe School of Law at the College of William and Mary where she earned her Doctor of Jurisprudence degree.  She began practicing law in 1984 in Harrisonburg with Dansby and Reed, P.C. and joined her current law firm as Will, Hennessy, Reed & Reed and then Reed & Reed, P.C. in Luray, Virginia in 1992.  She practiced with her husband Mark Reed from 1992 until 2013 when he left the firm to serve as President/CEO of Pioneer Bank.  She has practiced with her son David Reed since 2014.  Mrs. Reed also served as part time Assistant and Deputy Commonwealth’s Attorney for Page County from 1991 until 2011.

Attorneys and Counsellors at Law